To understand better the effects of the various components of immigration on the workforce and the society, it is worth focusing on the characteristics of the current flow of newly admitted immigrants. Most importantly, what share are professional workers? What additional share has work experience? How many are children who will impact the public school system before they may join the workforce? How many are dependent on those joining the workforce because they are homemakers or retired?

Answers to questions may be found in data collected by the immigration authorities and reported in the Yearbook of Immigration Statistics. Unfortunately, there is a data gap in the information collected. For FY2012, the most recent available, the data on employment characteristics do not include information on the characteristics for nearly three-tenths (29.9%) of the newly admitted immigrants. Nevertheless, the data that are available are revealing.

The following graphs depict the sharp differences in characteristics among the different categories of immigrant admission. 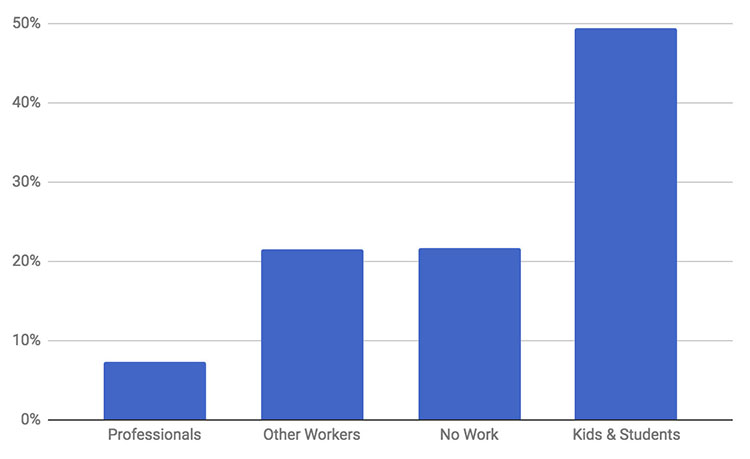 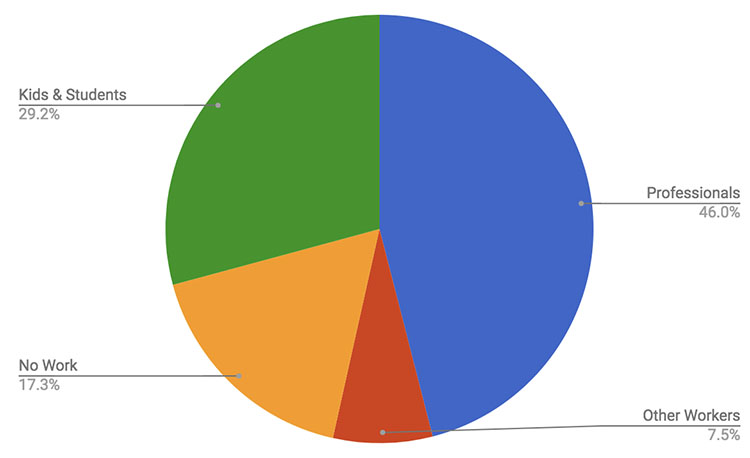 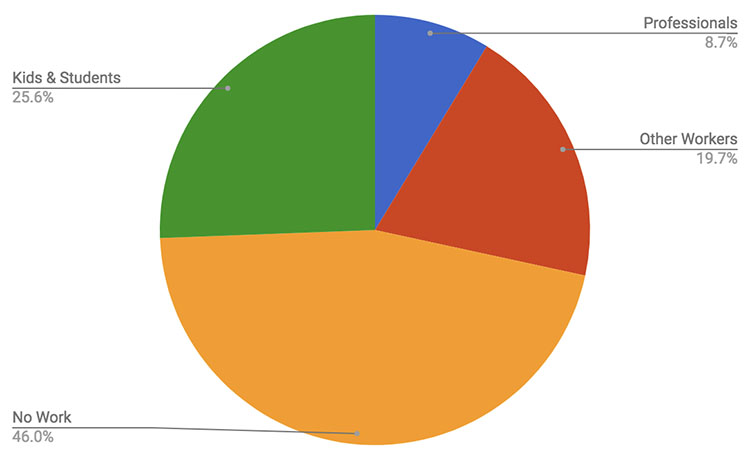