The Current State of the Border Fence 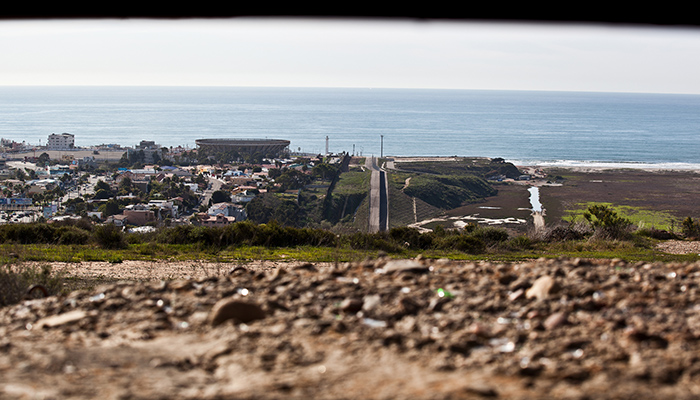 Recognizing the effectiveness of physical barriers as a means of border control, Congress first mandated the construction of a border fence in 1996 as part of the Illegal Immigration Reform and Immigrant Responsibility Act (IIRIRA). IIRIRA called for the construction of a 14-mile, triple-layered fence along the boundary between San Diego and Tijuana.1

By 2004, only nine miles of fencing were completed. Congress subsequently passed the Secure Fence Act of 2006. That legislation called for double-layered fencing along the border, augmented by manpower and technology, and directed the Secretary of Homeland security to construct “reinforced fencing along not fewer than 700 miles of the southwest border, in locations where fencing is deemed most practical and effective.”2

How much of the required fencing was completed before Trump?

Currently, U.S. Customs and Border Protection maintains several types of “tactical infrastructure” (fencing, other physical barriers, and support structures such as observation towers) along the border. Chief among these are: 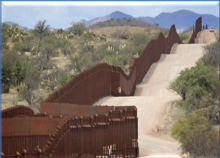 Primary Pedestrian Fencing – that runs directly along the border and is intended to prevent crossings on foot. 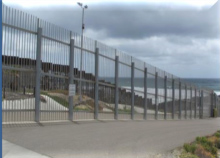 Secondary Fencing – that runs behind Primary Fencing, usually separated by a Patrol Road that allows the Border Patrol to monitor the area between fences. 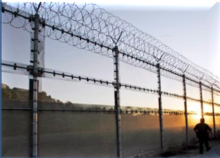 Tertiary Pedestrian Fencing – that runs behind the Secondary Fencing, intended to prevent attempts to cross the border on foot. 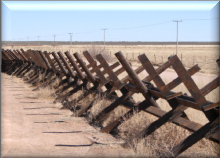 These numbers are virtually the same as the numbers available in 2012, indicating no measurable progress. But, given the growth in worldwide migration and the emergence of new threats along the southern border, it is essential that the fence be completed and supplemented by other security structures – including walls where appropriate.

By 2015, sixty-five other countries have built security fences and other barriers to protect themselves from large scale migration and the infiltration of terrorists.3 As of May 2018, there were at least seventy-seven border walls or fences around the world. Fences do not guarantee security, but they are an integral tool for securing borders and send the message that would-be migrants are expected to enter the country through the proper channels. 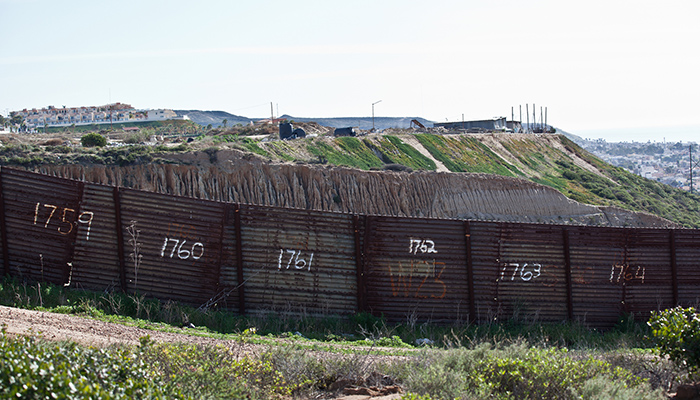 Much of the existing barrier along the southern border hardly qualifies as a fence or wall. In fact, many stretches consist of nothing more than a “vehicle barrier” that fails to slow down foot traffic.4 The remainder of the fence is a mixture of easily climbed, poorly-installed corrugated panels and other ad hoc materials. Only along short stretches is a heavy-duty barrier installed in a concrete footing or double-layered fencing separated by a patrol road.

The Trump administration has promised to build a better security barrier on the southern border. Since making this a priority, there have been numerous estimates on what such an endeavor would cost. The primary plan includes constructing a single-layer wall in the most problematic areas where a sufficient barrier does not exist.

The cost estimates for constructing this border fence have ranged from as low as $8 billion (President Trump’s initial estimate from the campaign trail), to as high as $40 billion.5 The estimate most often quoted by political and construction experts, is between $15 and $25 billion. This figure was derived by Bernstein, a leading development research firm that specializes in large-scale building projects.6 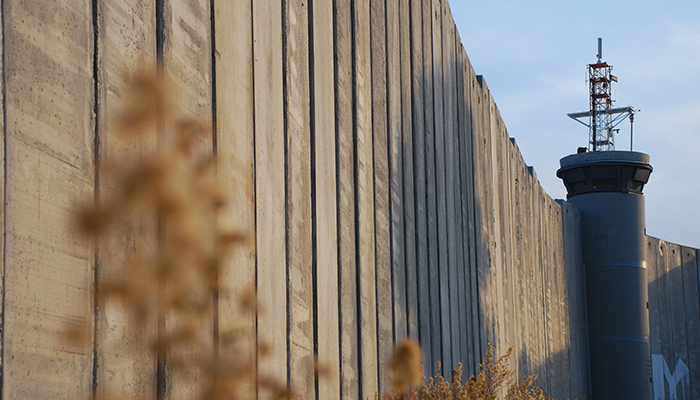 There are a few possible scenarios based on the upper and lower echelons of current Bernstein cost estimates:

Bernstein bases their model on the effective design that Israel used for its concrete wall on the West Bank. This is a reasonable comparison because the objective is largely the same, and much of the U.S. border fence will be in sandy, desert terrain as well – land that requires a strong and deep foundation due to shifting dunes. Based on the inefficient system the federal government uses to contract for building services, a $25 billion price tag is likely the most realistic. However, President Trump has stated that he believes his administration can keep the costs to the lower end of the prevailing estimates, between $15 and $25 billion. 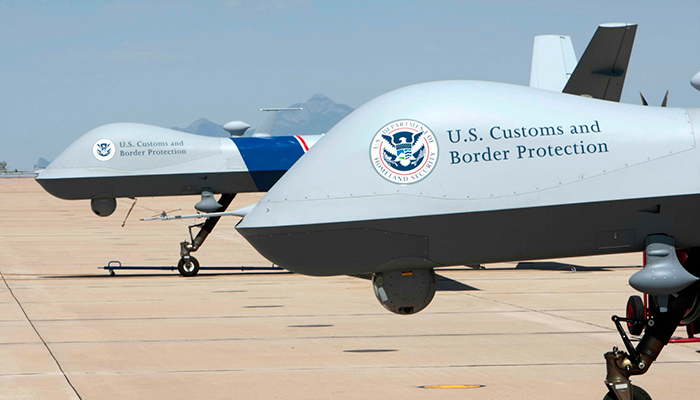 After initial construction, especially if high-tech monitoring devices are installed, there will be annual maintenance costs. These next-generation devices are already being tested and used along the southern border. Annual total maintenance costs have varied greatly since the Secure Fence Act was passed. They range from a low of $115 million in FY 2006, to a high of $1.2 billion in FY 2008 before eventually stabilizing at around $400 million in FY 2012.7 Nailing down a specific, static cost for maintaining a well-secured border is hard to estimate. It can reasonably be assumed that annual maintenance will cost considerably more than it has in the past. Maintenance of an effective border barrier is likely to cost as much, or more, than the FY 2006 high of $1.2 billion. However, a well maintained border barrier is likely to reduce some of the high costs associated with interior immigration enforcement.

Another possibility, should cost, environmental concerns and technical difficulties become a major concern, would be to construct more double-layered wired fence in low-traffic areas instead of a concrete wall. Combined with hi-tech monitoring equipment such as ground sensors and aerial monitoring, this approach could yield success comparable to that experienced by other nations, such as Israel, that have built similar barriers in lightly-populated deserts.8 Assuming that the construction costs for double-layered fencing are considerably less than those for a concrete wall, and taking into account that much of the border with Mexico is in remote areas where wire fencing might be effective, the savings could be substantial. President Trump, the Department of Homeland Security, and Congress will have to conduct a careful cost-benefit analysis to determine which construction method is appropriate for each sector of the U.S.-Mexico border.

Regardless of which approach is taken, securing the southern border is a sound fiscal investment. The overall construction and annual maintenance costs pale when compared to the $116 billion FAIR estimates illegal immigration costs American taxpayers9. (Not to mention, the FY 2020 federal budget, which is $4.746 trillion.) In fact, if the project only results in a 5 percent reduction in the annual cost of illegal immigration to American taxpayers, and construction and maintenance costs reach the most expensive estimates, it would pay for itself after only six years.10 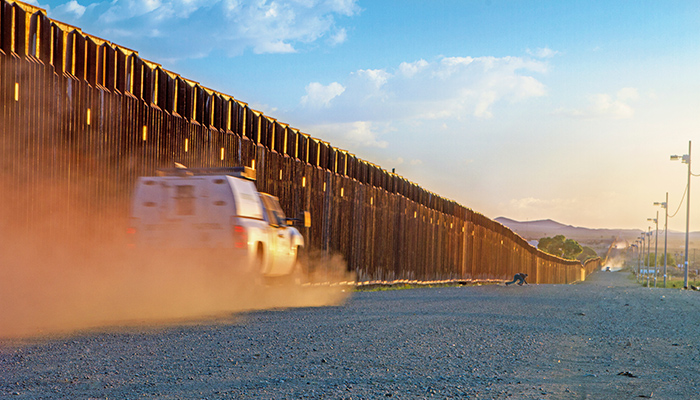 The Status of the Border Wall: 2017-Present

Since assuming office in January 2017, progress on the President’s signature campaign issue has been limited, much to the chagrin of President Trump’s supporters and the President himself. Given that Republicans controlled not only the presidency, but both houses of Congress, the GOP should have focused on securing border wall funding. Unfortunately, the opportunity was missed. With Democrats staunchly opposed to the wall, a small, but influential group of Republicans joined in opposing any appropriating of funds or forward movement on construction of a wall along the southern border. As a result, the issue of appropriating the necessary funds for the border wall was essentially slow-walked for almost two years.

Less than a month before the 2018 midterm elections, House Majority Leader Kevin McCarthy (R-California) introduced the Build the Wall, Enforce the Law Act of 2018 (H.R. 7059) on October 12, 2018, but the bill died at the end of the congressional session. In December, the Republican-controlled Senate passed an appropriations bill that did not include the $5.7 billion in the President’s budget. The House passed (217-185, with 8 Republicans voting against) a stopgap bill which included wall funding. This, however, was blocked by the Senate Democrats and President Trump, as promised, vetoed the spending bill. That logjam resulted in a partial shutdown of the federal government from December 22, 2018, to January 25, 2019 – the longest such shut down in U.S. history.

With Democrats regaining control of the House and their commitment to blocking any progress on the border wall, the chances for obtaining sufficient wall funding from Congress plummeted essentially to zero.

On February 14, Congress passed legislation which only contained $1.375 billion for approximately 55 miles of border barriers (“steel slats,” but not a concrete wall) in the Rio Grande Valley. Not only was this much less than the $5.7 billion President Trump had requested (which, in turn, was several times less than the approximately $23 billion offered by the McCarthy bill), the legislation also contained a hidden poisoned pill in the form of what FAIR President Dan Stein described as “a perpetual illegal alien amnesty,” as well as an H-2B guest worker increase.

Deeply frustrated, the President ultimately signed the legislation to avoid another shutdown. Simultaneously, on February 15, he declared a national emergency to supplement the insufficient congressional appropriation with additional funding, including: $601 million from the Treasury Forfeiture Fund, up to $2.5 billion under the Department of Defense funds transferred for Support for Counterdrug Activities, and an up to $3.6 billion reallocation from the Department of Defense military construction projects.

Rather than working to solve the border crisis, House Democrats (and some Republicans) voted to terminate the President’s emergency declaration, as well as filing a lawsuit aimed at declaring President Trump’s executive declaration unconstitutional. On February 27 the House voted 245–182 (including thirteen Republicans) against the emergency declaration. Similarly, the Senate voted against the declaration on March 14 by a vote of 59 to 41 (twelve GOP senators voted with the Democrats). President Trump vetoed the “reckless” Joint Resolution on March 15. The House attempted to overturn the veto but did not have sufficient votes to do so. Sixteen states – all of them “blue” – also sued the Trump administration, but the President remains undeterred.

In spite of congressional obstruction, on March 27, the Pentagon handed the United States Army Corps of Engineers (USACE) $1 billion – out of the $6.1 billion in defense funds – to build 57 miles of fencing. On April 9, the USACE awarded a $789 million fixed-price contract for barrier replacement in Santa Teresa (New Mexico) to SLS, and a $187 million design-bid-build contract for primary pedestrian wall replacement in Yuma (Arizona) to Barnard. These were the first contracts utilizing emergency declaration funds. Ten days later, on April 19, the USACE started prequalifying contractors for $8 billion in construction work. According to a construction industry news and analysis site, “the Pentagon is [now] ready to mobilize nearly the full emergency fund amount for projects which will include wall, levee, fencing, access roads, gates, repairs and more.”

In late April 2019, DHS issued two waivers facilitating more rapid construction within the U.S. Border Patrol’s Yuma and El Paso sectors in Arizona and Texas. “The projects covered by the waivers include up to approximately 53 miles of new bollard wall in place of dilapidated and outdated designs, in addition to, road construction and improvement and lighting installation.” (The waivers were published in the Federal Register on April 24, 2019.)

In 2006, Congress required that a barrier be constructed. But the project was never completed as mandated, and much of the border wall/fence lies in disrepair or is built to subpar standards. With illegal immigration, drug trafficking, and human smuggling reaching historic levels, an ongoing problem, and the threat of terrorism ever increasing, it is critical that a proper security barrier be constructed.

A physical barrier on the southern border is a necessity if our government wishes to meet its obligation to protect the sovereignty and security of the United States of America. Besides helping stem the tide of illegal immigration, it also limits the ability of drug cartels, human traffickers, terrorists, and other national security threats to access the United States from Mexico and the rest of Central and South America. Furthermore, a secure border sends the message that prospective immigrants are expected to follow the rule of law.

(3) DailyMail, “World of walls: How 65 countries have erected fences on their borders – four times as many as when the Berlin Wall was toppled – as governments try to hold back the tide of migrants,” 2015, http://www.dailymail.co.uk/news/article-3205724/How-65-countries-erected-security-walls-borders.html

(6) Bernstein, “Bernstein Materials Blast: Who Would Profit from The Trump Wall?,” 2016, http://fronterasdesk.org/sites/default/files/field/docs/2016/07/Bernstein-%20The%20Trump%20Wall.pdf

(7) Marc R. Rosenblum, “What Would a Secure Border Look Like,” Hearing Before The Committee on Homeland Security, Subcommittee on Border and Maritime Security, 2013

Do We Need a Border Wall?