Breaking Point: The Crisis on the Southern Border Issue Brief

With increasing frequency and urgency, the men and women tasked with protecting the nation, its borders and the American people have been issuing warnings about the growing chaos at the southern border. And Congress has done nothing besides issuing press releases and assigning blame. Even more perversely and irresponsibly, the House just passed an amnesty bill that will likely only further exacerbate the migrant surge.

On May 30, U.S. Border Patrol agents from Texas’ El Paso sector apprehended 1,036 illegal aliens. In just one day, they detained 934 family members, 63 unaccompanied minors, and 39 single adults. In one day, the previous record of 430 was shattered – and there are no signs the surge will end there or elsewhere.

New data shows that more than 76,000 aliens were apprehended or deemed
inadmissible at a port of entry in February. 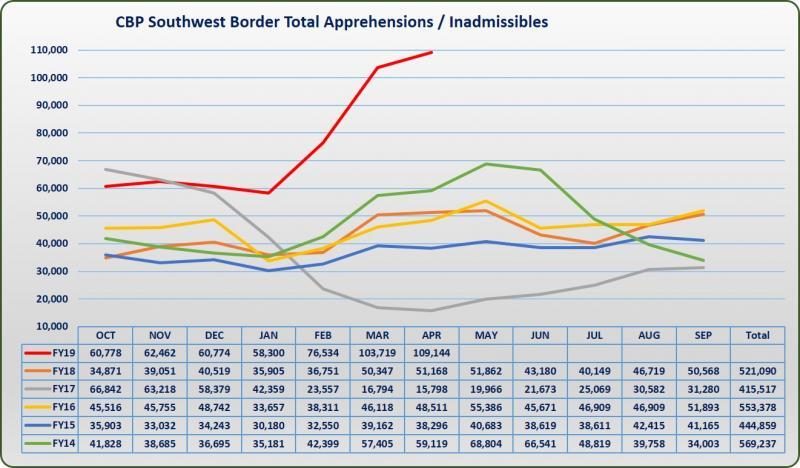 Everyone now agrees this is a crisis. Everyone agrees the system is “broken.” So, what next?

Asylum Decisions and Denials Jump in 2018 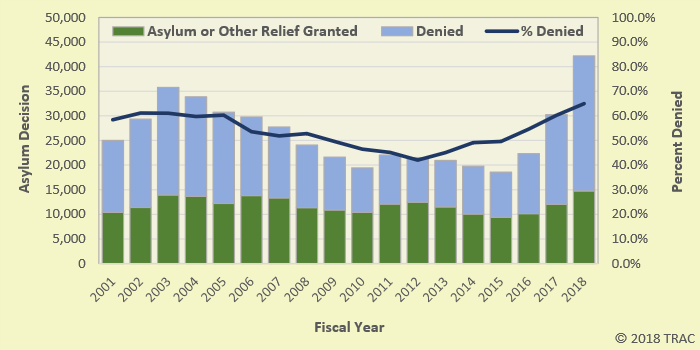 The current border crisis is far from “manufactured.” In fact, it is qualitatively different from previous crises and the full context demonstrates that calling it historic is entirely appropriate. Hence, ignoring the problem – or adhering to yesterday’s failed “business as usual” policies – will not only fail to stem the tide, but will make the situation even worse. As BP chief Provost emphasized, the border crisis is “like holding a bucket under a faucet. It doesn’t matter how many buckets you give me, if you can’t turn off the flow.”

Securing our borders and preventing our immigration and asylum system from becoming overwhelmed should not be a partisan issue. The situation on our southern border is indeed a legitimate national emergency. It should concern all Americans, regardless of their political or ideological preferences. Border security is too vital a matter to be held hostage to partisan strife. Hence, Congress must do its duty and work to address a problem that is rapidly and alarmingly spiraling out of control.

“Two weeks ago, I briefed the media and testified in Congress that our immigration system was at the breaking point. That breaking point has arrived this week at our border.”

“Our apprehension numbers are off the charts… My greatest concern is that we will no longer be able to deliver consequences and we will lose control of the border.”