In November, President Biden hosted a meeting with his regional counterparts, Prime Minister Justin Trudeau of Canada and President Andres Manuel Lopez Obrador of Mexico. The meeting took place amid a raging crisis along the border the United States shares with Mexico, but oddly, according to a White House spokesperson, immigration and border security were not among the topics the three leaders discussed.

“There’s not a real focus, this time around, on our borders,” an unnamed administration official said leading up to the talks. When reporters asked about the Remain in Mexico policy, the official said that “it’s not actually one of the themes or focuses of [the meetings].” 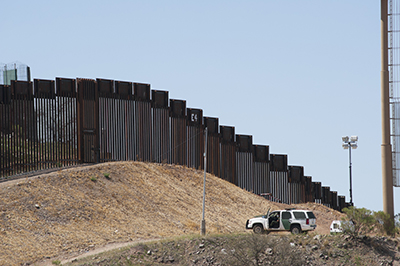 While the concerns of 80 percent of the American public, who according to recent polling, believe the situation at the border constitutes a serious problem, were not raised by the president of the United States, President Lopez Obrador did bring up immigration matters that concern interests in his country – first and foremost, amnesty for millions of illegal aliens residing in the U.S. Lopez Obrador gave Biden kudos for his efforts to enact a sweeping amnesty, including attempts to include a de facto amnesty in the $1.75 trillion Build Back Better bill.

“President Biden, no president in the history of the United States has expressed as you have such a clear and certain commitment to improve the situation of the migrants and thus I wish to express my acknowledgment,” Lopez Obrador commended. “And I particularly refer to your proposal to regulate the migratory status of 11 million people who live and work honestly in this great nation. I hope that you have the support of Congress and the members of both Democrat and Republican parties.” In fact, Lopez Obrador wants our border open even wider. “Why not study the workforce demands, the labor demands and open the migratory flow?” he added.

Conversely, President Biden made no public comments urging Lopez Obrador to do more to deter and prevent illegal aliens from transiting Mexico in order to reach the U.S. border. Nor were there any reports that Biden raised the issue in private meetings with his Mexican counterpart. In the mean while migrants continue to cross our borders illegally in historically high numbers, while the Biden administration does little to stop it. As the White House spokesperson said: It’s not really one of the things the administration is focusing on.