Under a proposed settlement to a lawsuit brought by advocacy groups on behalf of adults and children who were separated while attempting to enter the country illegally, thousands of migrants could collect as much as $450,000 for an individual or up to $1 million per family in “damages.” In total, the cost to taxpayers could reach $1 billion. Amid a surge of illegal migration in 2019, the Trump administration implemented a “zero tolerance” policy that included removing minors from the custody of adults who accompanied them when they were apprehended.

The Trump zero tolerance policy did not violate any laws. In fact, separation of children and adults occurs routinely until it can be determined that the adults are the parents of legal guardians of the minors and that the children are not being trafficked for illicit purposes. Moreover, separating adults and children attempting to enter the country illegally as a deterrent occurred in 2015, under the Obama-Biden administration, albeit on a smaller scale. 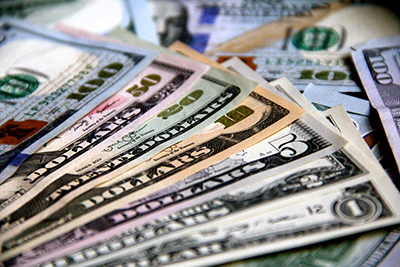 When news of the large settlements was first reported by the Wall Street Journal, there was no denial from the Department of Justice (DOJ). However, a few days later, during an unscripted news conference, President Biden was asked directly about the size of the settlements. The president vehemently denied that illegal aliens could reap such a windfall, calling reports of the settlement “garbage.”

The president’s assertion was quickly rebuffed by the American Civil Liberties Union (ACLU), which represents the illegal aliens and negotiated the proposed settlement with the DOJ. The lead ACLU attorney asserted that President Biden was ill-informed and not aware of the actions of his Justice Department. Meanwhile, the White House went into full “spin mode,” claiming that the president was “perfectly comfortable” with the payouts to illegal aliens he had just labeled as “garbage.” The DOJ confirmed that payments to illegal aliens were very much on the table, adding vaguely that the reported sums “are higher than anywhere that settlement can land.” They did not specify what they had in mind for a settlement landing area.

Aside from the fact that the policies in question were perfectly legal, in most cases the separations that occurred were brief and nearly all of the long-term separations resulted from adults choosing to leave their kids in the U.S. as unaccompanied minors when they were returned home.

Moreover, the proposed payouts to illegal aliens dwarf government compensation to Americans who have broken no laws. FAIR research uncovered numerous examples of how the low-end $450,000 payments vastly exceed what is paid to U.S. citizens. For example:

Given the lack of clear answers from the White House, Senate Minority Leader Mitch McConnell (R-Ky.) and the ranking minority member of the Senate Judiciary Committee, Chuck Grassley (R-Iowa), addressed a letter to Attorney General Merrick Garland seeking clarification. When that letter did not elicit a timely response from the attorney general, Senators Tom Cotton (R-Ark.), Thom Tillis (R-N.C.) and John Cornyn (R-Texas), along with 18 cosponsors, introduced legislation that would bar any payments to illegal aliens. A companion House bill was introduced by Rep. Nicole Malliotakis (R-N.Y.)

Additionally, FAIR helped publicize the huge compensation to illegal aliens – ignored by many corporate media outlets – through dozens of radio and television appearances around the country.

As of completion of this newsletter, no definitive word on monetary compensation or the amount to be paid has been issued by the White House or DOJ.