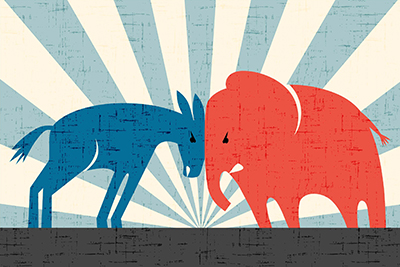 The Republican Party – that has long talked a good game when it comes to border and immigration enforcement, but often failed to produce results – has taken notice of the intense opposition to the Biden Border and Immigration Crisis. The party’s American Security Task Force spent months meeting with stakeholder, including a coalition of leading public policy groups spearheaded by FAIR, to craft a framework for legislation should they regain control of Congress in the November elections. The framework constitutes a written promissory note to the American public that will come due on January 3, 2023.

The legislation that House Republican leadership promises will be ready to go on the first day of the 118th Congress includes many of the obvious fixes to the border crisis. Among the provisions:

Combined, these and other concrete legislative promises would make it clear that crossing our borders illegally will likely result in removal and not rewarded with a bus or plane ticket to your preferred destination within the United States. Equally as important, the framework categorically rejects the idea of amnesty for illegal aliens.

The document also pledges to limit President Biden’s and future presidents’ ability to nullify existing immigration laws through executive orders, policy memos, or by simply refusing to enforce them. It would demand accountability from public officials who refuse to carry out immigration laws already on the books, including impeachment of officials who do not uphold their sworn oaths of office.

No longer would Secretary Mayorkas be able to come before congressional committees and assert, under oath, that our borders are secure while a quarter of a million people are breaching them every month. And, with the power of the purse, the 118th Congress could prevent funds designated for immigration enforcement from being co-opted for transparent schemes, such as handing illegal aliens newly-minted ID cards in lieu of statutorily mandated detention.

Of course, until recently, both parties routinely promised to secure our borders and enforce immigration laws only to forget those promises as soon as Election Day was in the rearview mirror. That is why the broad FAIR-led coalition, representing the interests of American voters, will be there come January to make sure that the new congressional leadership makes good on its commitments.