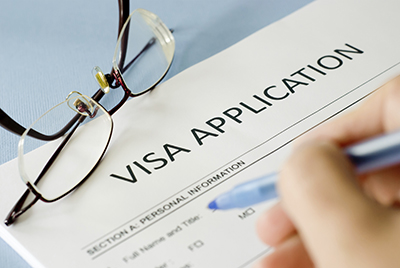 The Biden administration never misses an opportunity to hand out immigration benefits to anyone who shows up. Nor are they reticent about exploiting any piece of legislation to advance their unchecked immigration agenda.

That is precisely what happened when the president proposed a $40 billion aid package to assist Ukraine in its existential battle with Russia. Understanding that the American public is near unanimous in its support for Ukraine’s efforts to repel Putin’s invasion, the Biden administration quietly included an unrelated provision in the bill that would fast-track some 70,000 Afghans who were airlifted out of Kabul last summer after the president’s disastrous withdrawal, for green cards. These provisions were flagged by FAIR and brought to the attention of members of Congress and the media. Due to that attention, the unwarranted green card giveaway was removed from the bill before it reached the floor of the House.

In the chaos that ensued after the Taliban seized control of Afghanistan last August, some U.S. citizens and many Afghan nationals who had been pre-approved for Special Immigrant Visas because they had provided material support to U.S. forces, were left behind. The people who were flown out of Kabul Airport in those hectic days were largely random people who managed to force their way onto the tarmac and onto airplanes. These largely unvetted evacuees were admitted to the U.S. by means of President Biden’s expansive use of parole – a power that is supposed to be exercised on a case-by-case basis and to advance some compelling public interest.

Buried deep in the White House’s Ukraine assistance request was a provision that would have given the Secretary of Homeland Security broad discretionary authority to “adjust the status of an Afghan national… whose parole has not been terminated, to that of an individual lawfully admitted for permanent residence.” But it didn’t stop there. Those same benefits would have been extended to spouses and children of parolees who enter the country at any time in the future.

While the administration’s attempt to use assistance to Ukraine to blow more holes in our immigration system is shameful, it is not surprising, and it is why every piece of legislation must be scoured for backdoor attempts to hand out unwarranted immigration benefits.