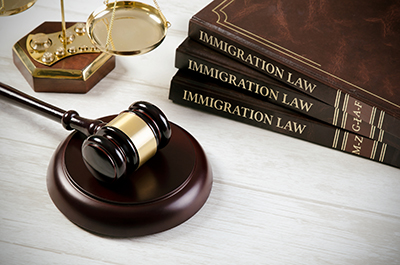 The federal Immigration Court system falls under the auspices of the Department of Justice (DOJ). Like all courts, they are supposed to be independent, impartial and not subject to politics. Theory and reality are, of course, very different things – especially when it comes to the Biden administration’s pursuit of non-enforcement of immigration laws.

In July, DOJ moved to oust immigration judges who were appointed to the bench under the previous administration. Not surprisingly, the judges who were fired ruled against petitions by aliens seeking to remain in the country at higher rates than the Biden administration would have liked, by adhering to the letter of the law instead of the political goals of DOJ.

Under guidelines issued by DOJ, orders of removal from the United States have dropped precipitously. During the first three months of the current fiscal year, just 23.2 percent of respondents in removal proceedings in which a decision has been issued were ordered removed or granted voluntary departure, while 76.8 percent were allowed to stay. (Moreover, there is no guarantee that under this administration those orders of removal will even be executed.) By contrast, in FY 2019, 72.1 percent of respondents were ordered removed or granted voluntary departure, while fewer than 28 percent were granted relief or otherwise allowed to remain in the United States. Throughout most of the Obama era the rates at which cases before immigration courts resulted in orders of removal was generally about 50 percent, and never dipped below 43 percent.

Though DOJ refuses to disclose how many judges were axed, it is believed that 10 were shown the door, which may not sound like a lot except that there are only 590 judges presiding over our immigration courts facing a backlog of almost 1.9 million cases. This imbalance affirms the adage, “Justice delayed is justice denied” – in this case, justice for the American people. Countless new cases are being added every day, as Biden policies have opened our borders.

Among the judges purged by DOJ is Matthew O’Brien, who had previously served as FAIR’s research director. “As soon as the Biden administration took over, we became subject to a coordinated attack campaign of filing complaints against us for all kinds of utterly baseless things,” said O’Brien. “I never said anything other than the immigration law should be enforced as written by Congress. We are a constitutional republic. It is the responsibility of the legislature to make the immigration laws, and it is the responsibility of the executive branch to enforce them as written, not to water them down in order to pander to political constituencies,” he added.

O’Brien’s charges amount to more than just a grievance of a disgruntled Trump appointee. They are backed up by Tracy Short, who had served as the nation’s chief immigration judge until he quit in disgust in July. Judge Short accused the administration and the DOJ of imposing a political agenda on the immigration courts. Another unnamed DOJ official, who presumably wants to keep his or her job, made it clear that the politicization of the immigration courts emanates directly from Attorney General Merrick Garland. “Although the attorney general claimed he would not politicize DOJ, it has become a politicized, toxic and hostile environment due to these actions. Without congressional or [inspector general] oversight, employees are scared,” said the official.

Congressional oversight is being attempted by two senior Republican members of Congress. Sen. Chuck Grassley (Iowa) and Rep. Jim Jordan (Ohio) sent a letter to Attorney General Garland demanding justification for the firing of the purged judges. As of the completion of this newsletter, the attorney general had not responded.