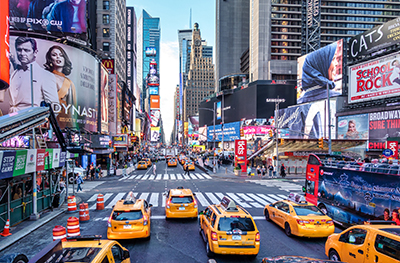 For the last 18 months, border states like Texas and Arizona have been attempting to cope with unprecedented numbers of illegal aliens and narcotics pouring across the southern border, and overwhelming local communities. Efforts by Gov. Greg Abbott (Texas) and Doug Ducey (Ariz.) to invoke state and local laws in an effort to protect their citizens have been met with condemnation from the Biden administration and progressive politicians far from the border.

Finally, these border state governors – led by Gov. Abbott – decided they have had enough and have begun busing migrants released by Customs and Border Protection (CBP) in border communities to self-declared sanctuary cities in the interior of the country. Abbott has primarily targeted New York City and Washington, D.C., and has chartered buses to transport the migrants who indicate that those cities are their desired destinations.

The buses began arriving in these east coast sanctuary cities in July and, almost immediately, the mayors of these two burgs began protesting. Washington Mayor Muriel Bowser demanded that the National Guard be called in to help her city cope with the influx of migrants. And, as some 4,000 migrants arrived in the Big Apple, Mayor Eric Adams engaged in an all-out war of words with the Texas governor, going so far as threatening to bus progressive New Yorkers down to Texas to campaign against him in the upcoming election – a threat Gov. Abbott enthusiastically welcomed.

According to Mayor Adams, the influx of migrants, arriving without a place to stay or much money to meet basic necessities, is placing an enormous strain on already overcrowded homeless shelters and social service agencies. Using adjectives like “reprehensible,” Mayor Adams demanded that Abbott stop the buses. Notably, the mayor has had little to say about the Biden administration’s late-night migrant flights that have been arriving for more than a year at a small municipal airport in nearby Westchester County.

In response to the complaints lodged by the mayors of Washington and New York, Abbott correctly noted that their grievances should be addressed to 1600 Pennsylvania Avenue, and that the problems these very large cities were facing pale in comparison to what small Texas border communities have been dealing with for a year and half.

Gov. Abbott’s act of political theater even drew praise from former Democratic New York Gov. David Paterson. “Was it a political stunt? Yes. Was it effective? Yes. Sometimes, the stunt works,” Paterson said. “Sometimes you have to accept that your opponent has scored a point here,” Paterson continued, observing that Abbott had forced allies of President Biden’s immigration policies into an uncomfortable position. Abbott, for his part, has remained defiant and vows to keep the buses rolling until the Biden administration takes control of the border.

An interesting post-script is that the Biden Border Crisis finally did make it to Broadway. Literally. Running out of options to deal with arriving migrants, New York City officials leased space in a luxury Times Square hotel in order house migrant families (while homeless veterans continue to sleep on the streets). It is unclear if the high end lodging included tickets to see the Broadway production of Hamilton, but it would surprise no one if it did.